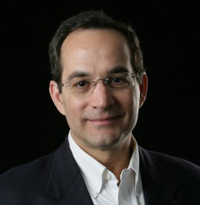 Martin Burt is founder and CEO of Fundación Paraguaya, a 31-year old NGO devoted to the promotion of entrepreneurship
and self-reliance to eliminate poverty around the world.
He is a pioneer in applying microfinance, microfranchise, youth entrepreneurship, financial literacy and technical vocational methodologies to address chronic poverty. He has developed one of the world’s first financially self-sufficient agricultural and tourism schools for the rural poor.
He is co-founder of Teach a Man to Fish, a global network based in London (3000 members-150 countries) that promotes “education that pays for itself” and which is partnering with more than 50 organizations from 27 countries to establish self-sufficient schools, mostly in rural areas.
He has also developed the Poverty Stoplight, a new metric and methodology to assist families to self-diagnose their level of multidimensional poverty and develop customized plans to eliminate poverty (41 partners, 25 countries). In public service Mr. Burt has served as Chief of Staff to the President of Paraguay, was elected Mayor of Asunción, and was appointed Vice Minister of Commerce.
He was elected twice President of the Paraguayan-American Chamber of Commerce. Mr. Burt is a pioneer in environmental protection in Paraguay, having co-founded the Bertoni Nature Conservancy and the Mbaracayu Forest Reserve Foundations, two of the country’s largest nature conservation institutions.
He is Visiting Professor of Social Entrepreneurship at Worcester Polytechnic Institute and Professor of Entrepreneurship at the American University of Nigeria.
Mr. Burt has books published on economics, development, municipal government, poetry, and education and is a fellow with the Skoll Foundation, Schwab Foundation for Social Entrepreneurship, Synergos, Avina, and Eisenhower.