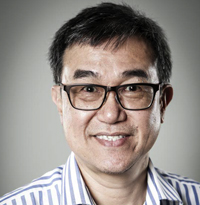 Founder of the World Toilet Organization, a network of 200 organizations from 56 Countries that promotes sanitation practices
among the low-income population. Jack (a.k.a. “Mr. Toilet”) is Ashoka Global Fellow, a member of the Global Agenda Council (GAC) for Water Security and of the GAC for Social Entrepreneurship, both funded by the World Economic Forum.
Jack received many prizes and awards (“Social Entrepreneur of the Year 2006” awarded by Schwab Foundation; “Hero of the Environment 2008” by Time Magazine; “Asian of the Year 2009” by Channel News Asia). Jack holds a Master in Public Administration from Lee Kuan Yew School of Public Policy of Singapore.